My Shots - Love Your Pet Day 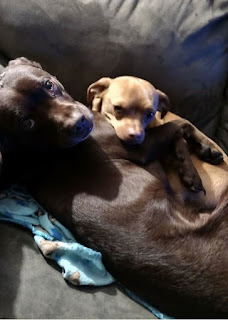 We love our pets everyday, but today is meant to give them extra attention - whether it's making sure their vaccines are up to date, giving them a special treat, or just sharing photos on the internet, LOVE YOUR PET TODAY!  :-)
Here are my sweet boys.
They love the beach.
And they're such good campers.
Chewy, the smaller one, will be 9 next month. We're not 100% sure about Mighty's age, but we think he's about 5.
Post a Comment
Read more 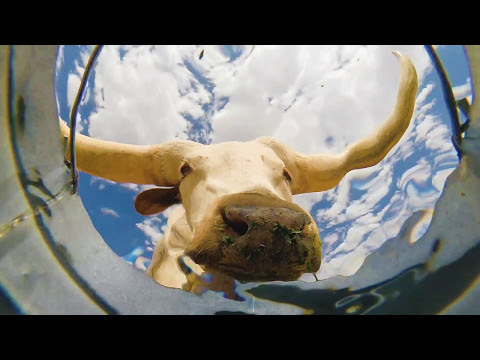 Once upon a time on the Animal Life channel I posted this video I came across:
*Swimming bees were rescued*
And now, another video has come to my attention - Ahmet Selki lives in Turkey and leaves out a water bowl for the animals every day.  One day he decided to put a camera inside.

"I hope that all of us will always remember that we are responsible for the animals.  They don't have a chance to find a clean river in the city, or a lake, or any other natural water source.  So it is our duty to provide fresh water, both during summer and other seasons." 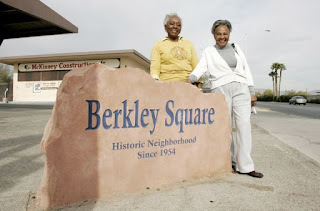 By the end of World War II, the African American population in Las Vegas reached over 3,000 and they were segregated to the Westside.  As the population grew, more and better homes were needed.
In 1949, a housing project was started and became the first subdivision in Nevada constructed by a black architect.  His name was Paul R. Williams.  He was the first African American architect licensed in the state of California.

Berkley Square was named after Thomas L. Berkley, the primary financier of the project.  Several streets are named after others who contributed to the project.  The neighborhood consists of 148 one story ranch style homes and many are still owned by families of the original buyers.
The Nevada Preservation Foundation has established a walking tour, detailing the people who once lived in the homes, such as Ruth d'Hondt.  Ruth ended up moving into the house next door to where she grew up in the neighborhood.  She was one of the first black women who worked on the flo…
Post a Comment
Read more 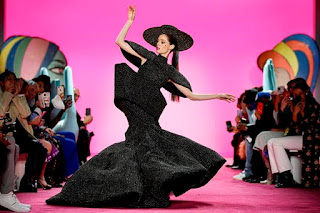 Awards season is over, but before we get back to Best Dressed weekly, I wanted to highlight someone from New York Fashion Week - and as a fan of Project Runway, I chose Siriano. 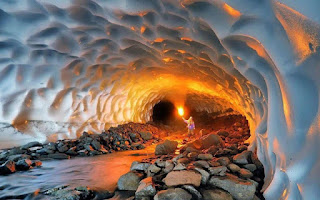 The Kamchatka peninsula in Russia is in the Ring of Fire and has 160 volcanoes, 29 of which are still active.  There are also over 400 glaciers, so it is known as the Land of Fire and Ice.
Seen above, an ice cave created by a hot water spring flowing beneath glacial ice fields.

The Valley of Geysers - the second largest concentration of geysers in the world - were discovered as recently as 1941.  It is within the Kronotsky Nature Reserve, which was established in 1934.
Over 750 plant species grow in the reserve and some of the largest brown bears in the world are protected there.

Shiveluch volcano is the largest and most active in the area.

Indigenous people still live a traditional life on the peninsula - the most ancient being the Itelmens.  Along with the Ainu, Koryaks, and Chuvans, they are are referred to as Kamchadals - native peoples of Kamchatka.
Their language is nearly extinct, as populations were assimilated following the Russian conquest of Siberia in the 1700's. 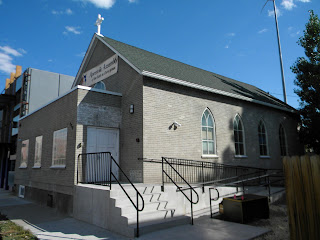 Bethel AME (African Methodist Episcopal) Church was first built in 1907 and was initially used by black settlers in the 1910's.  Throughout the years it has fostered social equality through its active role in the community and direct link with the NAACP.
Members believe in full involvement in society as a means to gain a sense of dignity and self-respect.

In 1939 the church float won an award during the Diamond Jubilee in Carson City, celebrating 75 years of Nevada's statehood.
During the 1940's Reverend Emmer Henry Booker wrote to Governor E.P. Carville to promote racial equality and to request a new location for the church.  They wanted to purchase property near the University, which was a predominantly white neighborhood, and so they were met with much protest.  The church then decided to simply expand on their existing building.

During the 1950's the church members (also NAACP members) organized picketing against local businesses who were discriminatory, such as W…
Post a Comment
Read more

MClen
Welcome to RenoVous! My attempt to make a place to continue the posts I enjoyed making on Disqus channels. Pa is my picture still. <3